How do we bring the next billion people online? This was the question framing the first talks at #Wired13 on Friday. There’s no question of the change the internet can affect for the developing world, but what hurdles are there before more wide scale adoption?

Speakers from three massively innovative companies, two producing hardware and one an operating system, gave their views on the democratization of technology, and indeed knowledge itself.

I’ll give a brief overview of each talk, to explain three different aspects to the challenge of putting the next 1bn online.

The Aakash: advertising and content helping to bring affordability to the web

The next billion online will undoubtedly afford drastically improved education in the developing world. At the moment, school dropout rates are high in India and increase in rural areas.

The teaching in these areas is poor, as many migrate to the cities in search of work and better money. Getting internet access to these rural communities would be life-changing.

The Aakash is the seven inch, $35 dollar Android tablet computer produced by DataWind, a company funded out of the UK. The tablet is produced in the spirit of frugal innovation, in the belief that the real barrier to computer adoption in India is affordability.

DataWind CEO Suneet Singh Tuli, argues that the same scepticism that surrounded adoption of the mobile phone in India (surely they don’t want the mobile?) now surrounds computer and internet use.

At the moment there are 900m phones in India but only 13m with a broadband connection. Globally, 3bn have a cellphone but no internet access.

DataWind knew that to reach the middle of the Indian market, the price of the tablet needed to be under $50. So, to make the Aakash, Datawind had to disrupt supply chain models and revamp LCD touch screen productions (where a decent margin is traditionally found).

The key to the Aakash is that 75% of recurring revenue for DataWind is from advertising, content and networks. These steams effectively subsidise the cheap production of the hardware.

With 14m units out to tender with the Indian government at the moment, it’s clear the Aakash is going to have a massive effect on Indian access to the internet (the access is bundled with the device). The Aakash will also change markets such as Thailand, Turkey, Nigeria, Bolivia and more.

So, perhaps advertising and content deals are the key to putting the next billion people online?

Innoz: internet by SMS, while networks and devices catch-up

Innoz represents a solution for enabling feature phones, which account for 3bn of the world’s 4bn phones, to access the internet through SMS. Deepak Ravindran, Innoz CEO addressed the Wired audience about the impact SMS internet is having.

When Innoz trialled a cricket score updateservice with the Airtel network, 100m queries were sent to the Innoz number, with the code ‘CRI’ returning scores and commentary from the day’s cricket. Of course, cricket is almost a religion in India, but these are still impressive numbers.

Other apps created include ones to learn English, to locate missing persons and to give local information and directions.

Over a billion queries had been sent through Innoz by December 2012 (the service launched in 2011) and 20 operators have signed up. 30 requests to the service cost the user less than 99 cents a month. Innoz is live in seven countries now and the platform has developed quickly and impressively.

The apps developed by Innoz work online and off, switching between WWW and SMS depending on access to the web. The so-called Brownie platform is open for use by other developers and there are tie-up apps with companies such as Evernote.

Although the Innoz services are rich in information, by SMS they don’t compare to the richness of an optimised tablet experience when browsing the web.

However, with networks not fully developed, and so many feature phones in the world, Innoz represents a significant stepping stone that will be around for a long time to come.


Raspberry Pi: a monopoly for fixed function devices will deprive us of future innovators

Eben Upton is Co-Founder of the Raspberry Pi foundation, and inventor of the credit-card-sized single-board computer enabling kids at school to code for $25.

The Pi arose from a lack of suitably experienced applicants to the University of Cambridge’s computer science courses, for which Eben at one point headed up undergraduate admissions.

Kids wanting to take computer science were still incredibly bright, but hadn’t messed around with BBC computers or the ZX spectrum, and so didn’t have ‘Gladwell’s 10,000 hours’ under their belts.

Most of the devices since the BBC and Spectrum, in the age of the commercial internet, Eben bemoaned, have been fixed function devices such as smartphones, set-top boxes, PCs that are notoriously difficult to programme with etc.

Nothing as elegantly simple as the BBC computer, which defaulted to programming. If you wanted to use it for something else, you had to tell it so. 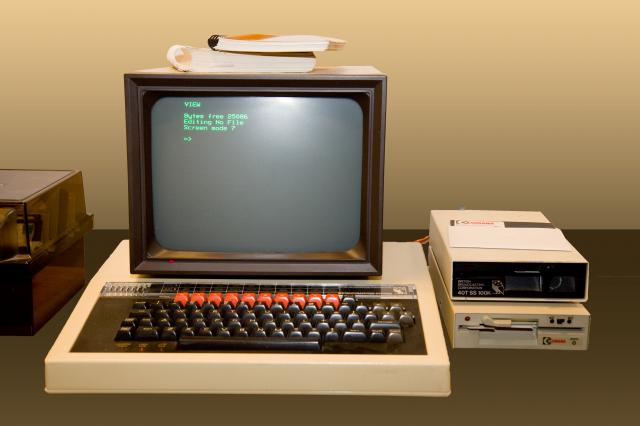 So, Eben wanted to create a device at the price point of a textbook ($25) that would address the ill-preparedness of computing undergrads created by these fixed function devices.

After featuring on a BBC blog, the Pi went massive, with 100,000 orders on the first day of sales. Eben had discovered the world’s ‘latent desire for this piece of lego that can get things done.’

The Raspberry Pi Foundation, after initial success in the developed world, turned its thoughts to the developing world: how can Pi help these nations’ budding computer programmers?

The Foundation found Pi had already made it to Ghana, Cameroon, Malawi and other African countries, as NGOs had taken them over with their supplies. Hack spaces were already set up and developers are already using them to solve problems.

Eben argued for the next billion people online to have more than just experience of fixed function devices to consume media. Can the Raspberry Pi slot in along with the Aakash to help to prevent the spread of the internet arriving with an associated lack of programmers and producers? Perhaps with Innoz, Aakash and Raspberry Pi, we’ll have the next billion online quicker than we thought, subsidised by advertisers, using SMS web in the meantime and as contingency, and with Pi fostering a whole new tranche of producers. Here’s hoping.